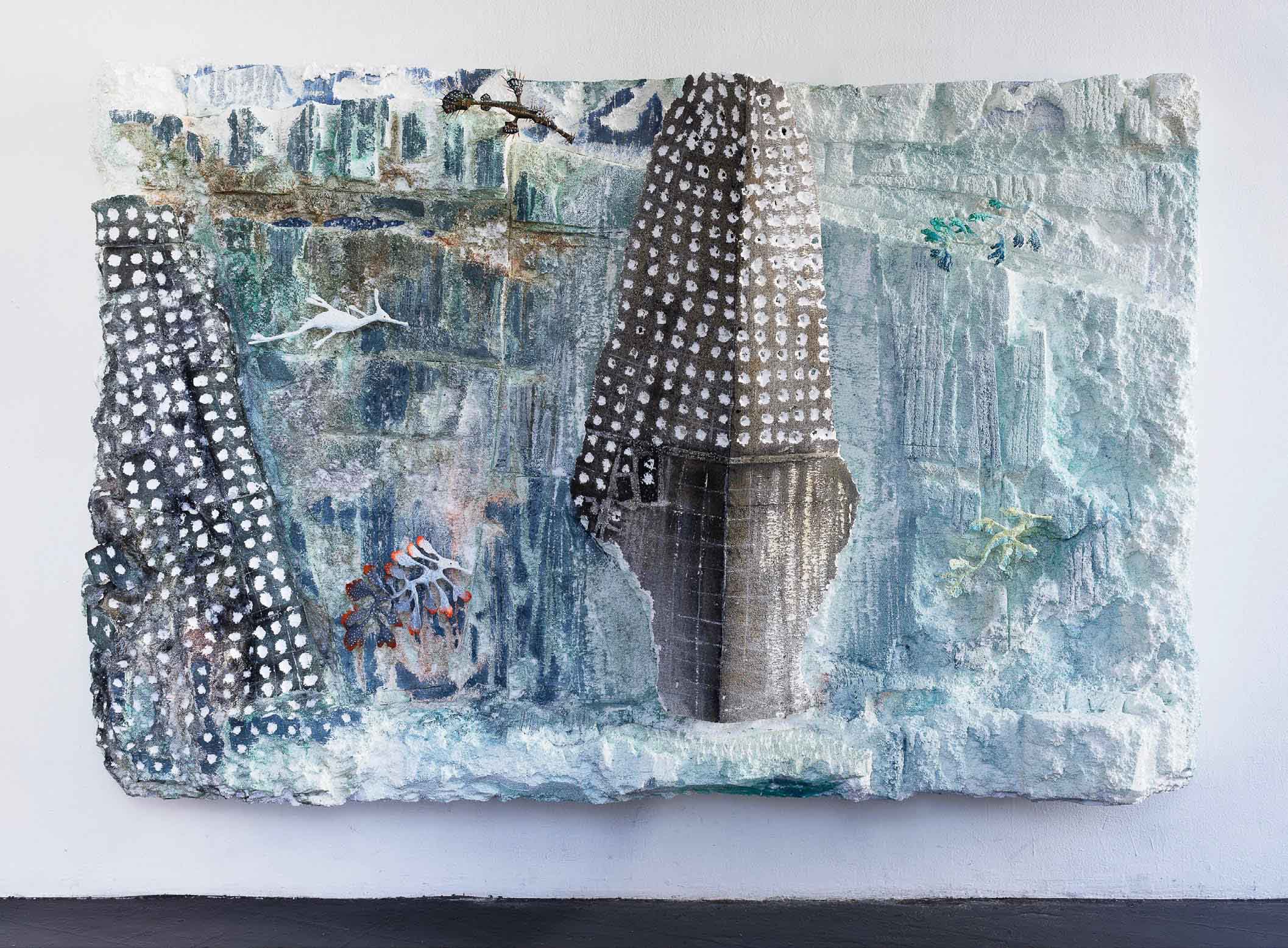 For its fourth season, the Villa Carmignac presents The Imaginary Sea (La Mer imaginaire), which transforms the exhibition spaces into an underwater natural history museum that questions the interactions between our civilisation and the subaquatic world.

Conceived by American curator Chris Sharp, this exhibition was inspired as much by the architecture of the place – the spaces immersed under the villa’s ceiling filled with water – as iconic works from its collection: Bruce Nauman’s fountain with a hundred bronze fish, Miquel Barceló’s subaqueous fresco and Jeff Koons’s sculpture of a lobster perched on a chair, among others.

Several loans of works by French and international artists such as Henri Matisse, Gilles Aillaud, Mathieu Mercier or Gabriel Orozco, complete the ensemble along with new productions by Bianca Bondi, Miquel Barceló, Lin May Saeed, Kate Newby and Hubert Duprat, which were created for this occasion.

Thanks to a partnership with the Port-Cros National Park, the exhibition continues this year in the Fort Saint-Agathe and Villa Noailles with a series of photographs commissioned to Nicolas Floc’h. It explores the seabed between Porquerolles and its neighbouring islands.

With its ensemble of modern and contemporary works, The Imaginary Sea intends to celebrate the sea as a precious and evocative resource, swarming with known and unknown lives, opened to wondrous, strange and unexpected things, and whose immensity has always fed our imagination.